Jacob is an award-winning photojournalist, experienced multimedia producer, and passionate humanitarian. He spent fourteen years as a staff photographer and reporter for Cameroon Radio and Television (CRTV) as well as the magazines Libre Afrique, Africa Express, Africa International and Jeune Afrique Economie.
He is a visual and multimedia producer and documentary filmmaker who graduated from Brooks Institute in Santa Barbara, California with a Bachelor’s Degree in Visual Journalism and a Master of Arts in New Media Journalism from Full Sail University in Orlando, Florida. He served as keynote speaker at both graduations and simultaneously received an “Outstanding Achievement Award” and an “Advance Achievement Award.” In addition, he was presented the Association of Private Sector Colleges and Universities (APSCU) “National GREAT Award for Excellence, Achievement and Talent” on Capitol Hill in Washington D.C.
Jacob has established a non-profit organization and a production company called Global Humanitarian Photojournalists, Inc. (GHPJ) in 2007, and Blue World Media Network (Blue World) in 2011. The aim is to document and spread awareness of worldwide success stories and human rights abuse, as well as to present the stories of people and organizations making a difference to abused and at-risk populations. 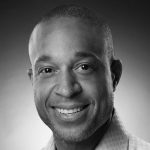 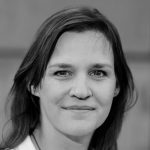